Valentine couple who have shared their love in times of need

A couple, who will celebrate their 60th wedding anniversary this year, are raising a glass of wine to Valentine’s Day today!

David and Pat Greenwood from Burnley have both been a pillar of strength for each other when the other has been in need.

First David, who is now 81, supported Pat when she suffered a stroke 17 years ago and then again later when she was diagnosed with cancer.

And now Pat, who is wheelchair bound, has taken the reins as she comforts David, who has been diagnosed with Parkinson’s Disease and dementia.

Pat, 78, a former administrator at a bed company in Todmorden, said: “David was a very good support to me when I had my stroke and now it’s my turn to look after him. But that is what being married is all about. Sharing your good times and your not so good times. Marriage is all about give and take on both sides.”

The couple have two children, Paul and Janine, and two grandsons. They met at a dance in the canteen at Robinwood Mill, Lydgate, near Todmorden. They married at St Michael’s Church, Cornholme, on Christmas Eve in 1960.

Following Pat’s stroke, they moved to a bungalow in Burnley so they could be close to the hospital, but Pat said: “The irony was my treatment moved to Blackburn so moving close to Burnley General didn’t just work out!”

After David, a former manager at a weaving shed in Walsden, was diagnosed with his illnesses, Age Concern helped put him in touch with the services at Pendleside.

Pat said: “It’s a wonderful place. We both attend and get picked up by a volunteer driver. We have had so much support and enjoy our visits, from talking to the nurses and planning for our future care needs, to singing songs, playing board games or things like giant Jenga. It’s so different to what we expected. No one is down and no one is despondent.

“On our wedding anniversary at Christmas everyone sang us a song and gave us a card. We never expected it. Everyone has been so welcoming from the first day we started. 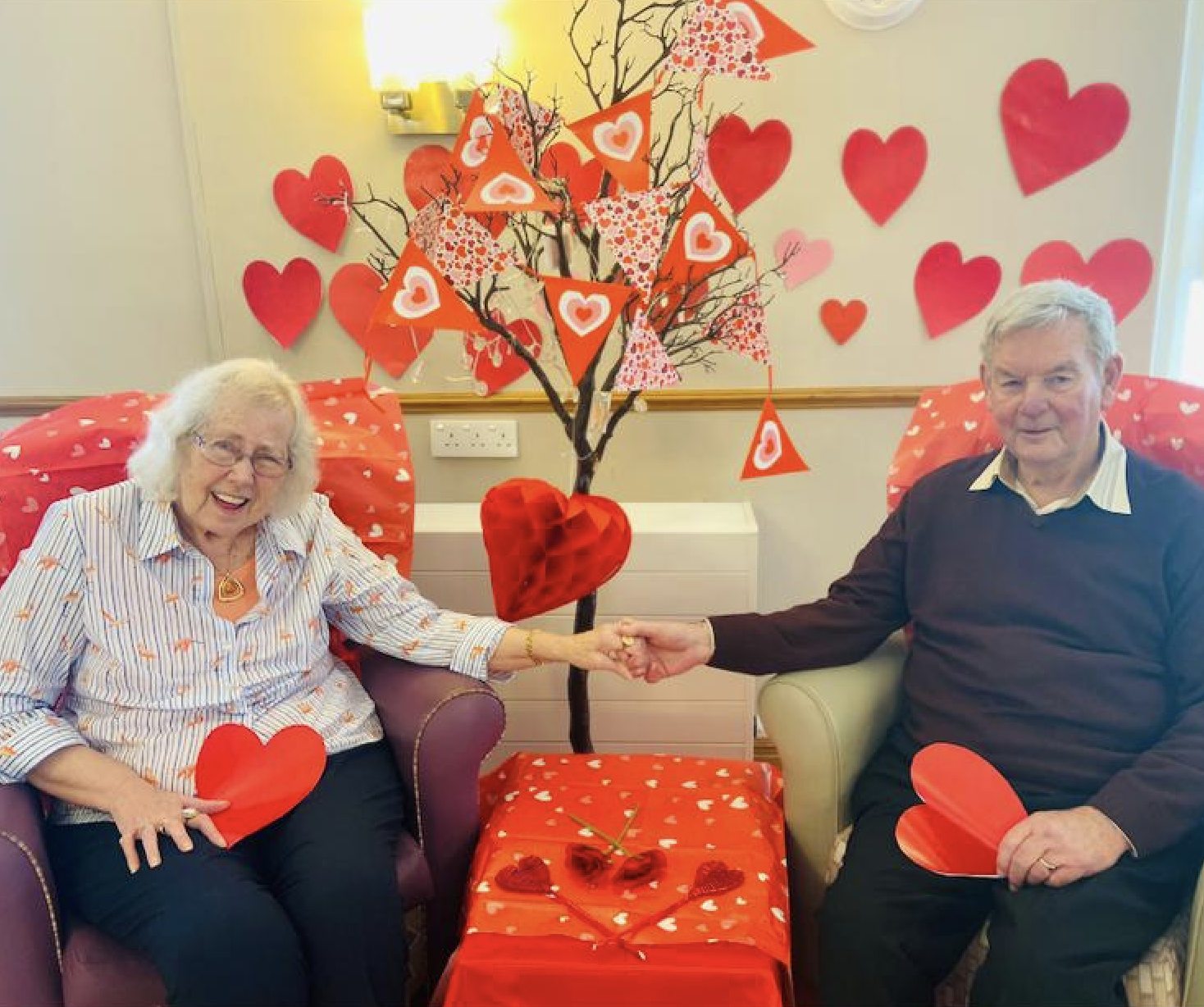 “It’s just a pity the service we receive one day a week only lasts for 12 weeks – David especially will miss it when we’ve finished our time there. But we realise there will be other people waiting to receive the same care as we have enjoyed, and it’s reassuring to know that we can continue to receive support from the Hospice’s weekly peer support group.”