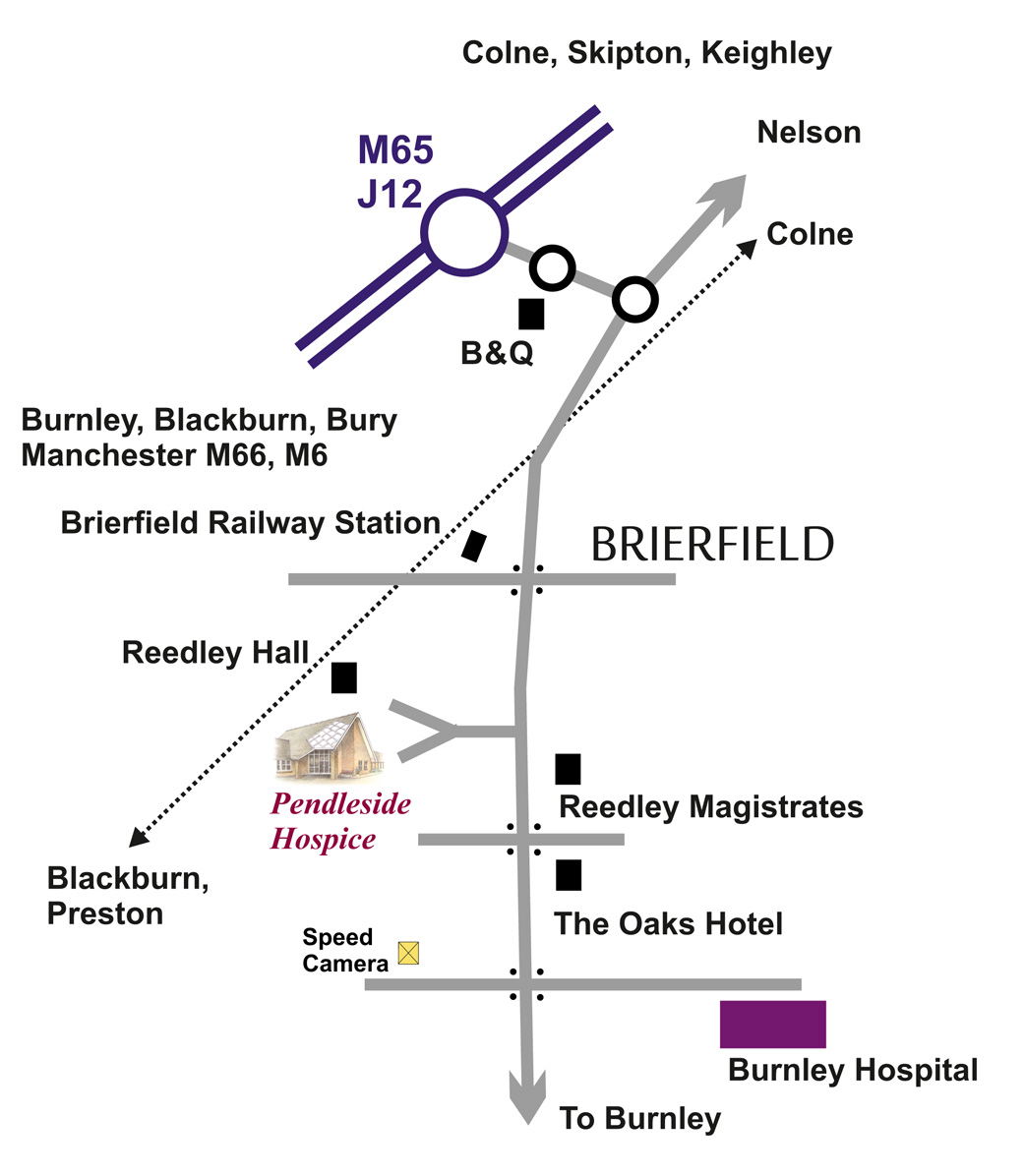 The Hospice is situated on the A682 midway between Burnley and Nelson.

A large B&Q store is alongside the junction and will be on your right. Take the first exit at the roundabout by the store, which is immediately after leaving the motorway exit roundabout.

After 100 yards take the right hand lane and the second exit at the roundabout following the A682 towards Brierfield and Burnley North.

Proceed along the road for exactly a mile, passing through the centre of Brierfield. The road widens on leaving Brierfield with a church on the right and traffic islands. Shortly after a short row of shops on the right there is a long stone wall, turn into entrance in the wall into the grounds of Reedley Hall and the Hospice is approached by the left hand fork in the road.

Parking at the Hospice is very limited, but is allowed without restriction on the main road, and at weekends in Reedley Hall.

The nearest station is Brierfield, about half a mile away. Proceed up the hill and turn right, following the landmarks as listed for cars. The station is on the Preston to Colne branch line, and trains are approximately on the hour.